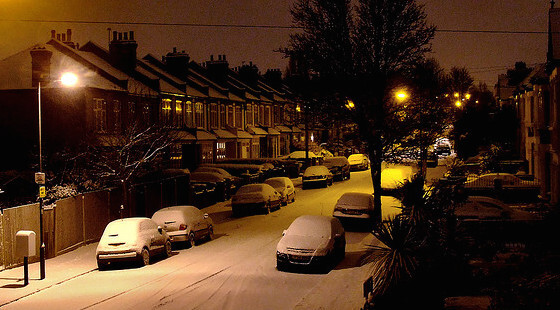 In the Bleak Midwinter

George Osborne’s Autumn Statement was his – and the Conservative Party’s – last chance to inject ‘big bang’ economic arguments into the forthcoming General Election. There will be a final Budget of this Parliament early next year but its proximity to the election, and Lib Dem demands that all controversy be left out, dictate that it will be a duller affair than usual. So it was that this week Osborne used one of his last available set-pieces to attempt to set the tone for the coming battle and for a Conservative Government of the future. Any serious analysis of his performance must therefore be conducted not on the economics of his announcements but on their politics. Which is lucky because the economics was, at best, extraordinarily questionable.

Osborne has failed on the single, central test that he set himself and this Government. The deficit will not be eliminated when we return to the polls – it will have been, roughly, halved instead. Austerity has not progressed hard or fast enough to meet the terms that the Conservative Party laid out as defining success and, therefore, Osborne was not able to stand beneath a rhetorical ‘Mission Accomplished’ banner and wave the flag of victory. What he did instead is instructive because it tells us a lot about how the Conservative Party intends to fight the election and about how Osborne himself intends to be remembered.

He offered retail political gifts to potential supporters – in the form of a Stamp Duty cut for 98% of buyers – alongside a grim narrative of global economic instability and warnings of misery should we seek any other path. The Chancellor has fled back into the arms of his mistress Tina (There Is No Alternative) and has laid a trap for his opponents in the process. Ed Balls can complain all he wants that the Government has missed its targets but he is boxed-in by the fact that Labour’s targets were less ambitious and that both he and his Leader are irrevocably intertwined with the policies that many (fairly or not) blame for the mess in the first place. In this context Osborne and Balls find themselves caught in the old fable about encountering a bear in the woods – the Chancellor does not, as the saying goes, need to out-run the bear. All he needs to do is out-run Balls. He may well have failed every test he ever set himself but so long as the public believe that Ed Balls and Labour would have failed them more dramatically, Osborne is safe.

But still the sheer fantasy of the economic projections that were laid before the House in order to make Osborne’s sums work is staggering. Osborne himself – in his overreaction to the BBC’s coverage of his statement – implicitly acknowledges that there are significant questions left unanswered. We are left either believing that the Conservative Party – should they win in May – will really attempt to reduce state spending to a level of GDP not seen since the 1930s or that they are deliberately misleading in the short-term in order to set a political trap. It is likely to be the latter. George Osborne has long seen himself, primarily, as a pragmatist and as a winner. He is prepared to gamble longer-term distrust in his party if it means success in 2015. He will know that any attempt to impose the level of cuts implied by the Autumn Statement projections (equivalent to £9 billion in defence, for example) will meet staunch opposition from Right and Left alike. He has signed his party up to a prospectus that it knows deep down it cannot fulfil. Why? Perhaps his readiness to do so – as well as a sign of his desire to win – confirms long-held rumours that he will not be Chancellor if Cameron wins a second term. Allowing someone else to take the hit for missed targets and impossible ambitions must feel quite attractive to a man who has long fancied the idea of himself as a globe-trotting Foreign Secretary instead.

Labour is presented with an infuriating dilemma. They know as well as the Chancellor that his sums only add up in the most extreme of scenarios but they cannot fully exploit this. In the confrontation with the bear they are out-paced by Osborne both because of their own history and because they have not presented the public with a clear narrative about their approach. That said, in his response in the chamber itself, Ed Balls performed well. He was in his comfort zone and he shone accordingly – tripping his opponent up and successfully highlighting inconsistencies and presumptions. This won’t cut through to the public but serves to further highlight the way in which Balls’ personal stock is rising within his party. He is more assured and more statesmanlike than he has been, and is seen as a steady and competent alternative to his Leader by many frustrated backbenchers. One source who is a close observer of Ed Miliband’s office describes the atmosphere as ‘tweet-by-tweet panic’, characterised by stress with tactical obsessions taking primacy over any semblance of strategy. It is a mess, but one which the backbenches are resigned to. Balls on the other hand has been inspiring confidence as he has seemed, in many Labour insiders’ eyes, to grow into his emerging role as a ‘grey-beard’. This is helped by the popular suspicion that he has finally given up all considerations of the Leadership for himself – preferring to assume a king-maker role in the event of a fight for the top-job. That could be good news either for his wife, Yvette Cooper, or for his protégé, Rachel Reeves.

For the Liberal Democrats, meanwhile, chaos reigns. On the one hand, Danny Alexander threw his weight behind the Autumn Statement that he helped to shape – taking his share of the responsibility. On the other, Vince Cable briefed against it more aggressively than he has any other coalition set-piece or policy. It is damaging to the notion that coalition can work (a cornerstone of the theology of the third party) that one of its most senior Cabinet members feels free to attack the Government’s Autumn Statement whilst continuing in his position. For Vince, collective responsibility is dead and buried. Meanwhile, Nick Clegg spent the Autumn Statement touring Lib Dem seats in Cornwall – reinforcing the impression that his party is betting all of its chips on holding out in ‘fortress seats’ against Tory challengers. The problem remains that they are both squeezed between the big two parties and are no longer the only feasible party of protest.

All in all, then, the Autumn Statement was a moment of political entrenchment rather than economic policy-making. It was about setting the tone for the election. George Osborne shored up the trap he has been carefully laying for Labour – but in doing so he may also have created the petard upon which a future Tory Chancellor will be hoisted. Labour meanders on, with individuals shining but the party’s light dulled by a frantic and incoherent leadership. And the Lib Dems fix their gaze upon an ever-narrower set of seats that they hope will be spared the coming purge. A merry Christmas will not be had by one and all.