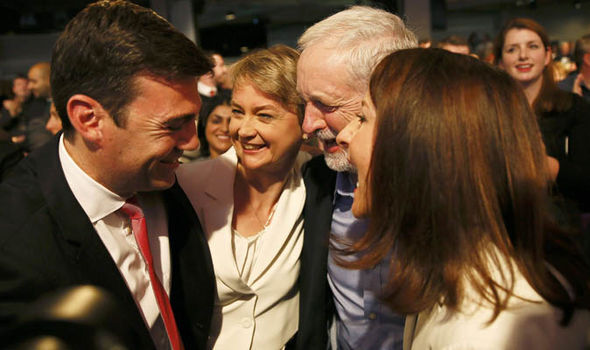 No-one can accuse the Labour Party of 'playing it safe' with their choice of Leader this weekend. Jeremy Corbyn breaks every rule of modern political gravity. He is older (66) than any recent elected Leader of a major party; he has never held so much as a front bench role, despite having been an MP since 1983; he publicly and proudly disowns the policy consensus on a range of issues. Corbyn is, in others words, a living rebuke to those who are given to complain that 'politicians are all the same'.

There is some political logic to the choice. The rise of UKIP in England, the SNP in Scotland and breakaway Leftists across the Eurozone has pointed to the potential in authentic 'anti-politics' stances. And Corbyn's team deserve credit and praise for the way in which they have engaged new swathes of people in Labour's selection process and in their own campaign. But the upset they have succeeded in causing by making Corbyn Leader is nothing compared to the rewriting of political rules that would be required to make him Prime Minister. Put simply, it is not enough to re- engage disengaged old Labour voters and bring in Occupy-supporting students; middle England needs a bit of love too and it doesn't look, thus far, as though Jeremy has seduction on his mind.

That being said, Corbyn was not simply elected on a mandate to drag Labour to the left in all things. Crucial, and central, to his pitch was a promise to bring more democracy and debate to Labour. This presents those prepared to engage with an opportunity - if you can get MPs and Members to see the power of your argument you may have the chance to shape Labour policy no matter what Jeremy himself might think.

The first days of the Corbyn-era have not reassured worried Labour moderates on questions either of ideology or competence. The mass walk-out by Blairite big-hitters (blaming vague disagreements about Europe rather than acknowledging they simply don't want to serve under the new Leader) has limited Corbyn's reshuffle options. Meanwhile, his personal loyalty and debt to close allies like John McDonnell has prevented him erecting quite the 'big tent' many have been demanding. And so McDonnell is now Shadow Chancellor (remarkable for a man whose only budgetary experience was being fired as Finance Chair of the GLC by Ken Livingstone, for excessive radicalism). It is important to note that despite his leftist pedigree, McDonnell has managed to acquire factional enemies in the Leadership of almost every Trade Union.

Andy Burnham becomes the only Leadership contender to remain on the front bench - as Shadow Home Secretary. Hillary 'a Benn but not a Bennite' becomes Shadow Foreign Sec whilst Angela Eagle goes to BIS, Heidi Alexander gets Health and Lucy Powell (former Ed Miliband aide and Labour Vice-Chair) gets Education. And it is not straightforwardly a Leftist Shadow Cabinet either - Chris Bryant has stayed on, Luciana Berger joins and Gloria De Piero becomes Minister for Young People. None of these moderniser MPs supported Corbyn - each has chosen to engage rather than to walk away. Overall though, the team that Corbyn has assembled both in his private office and his Shadow Cabinet is a strange hybrid of Livingstoners and Milifans - people who've served either the former London Mayor, the former Leader or indeed both.

Much hay is being made of the lack of women appointed to shadow 'great offices of state' but Corbyn's team are sincere (if naive about the press reaction) when they say they regard health and education as equally important as Foreign and Home affairs.

But it's the handling of this reshuffle that's the most genuinely damaging to Corbyn, not the content. News of appointments dripped out chaotically and long after newspaper deadlines - annoying journalists and creating confusion. Meanwhile, Corbyn has refused to deal with the media in his first two days in office - ducking out of Marr and pointedly refusing to answer any questions when approached by journalists last night. Radical abstention is a well worn theoretical position on the far-Left; it works even less well in media management than it does in democratic politics. Instead, Tom Watson - elected on a separate mandate as Deputy Leader and also appointed Party Chairman - has stepped in to fill the media vacuum. In doing so he has planted a flag as the old Labour Right's best hope.

The Conservative Party have not been coy about their joy at this result. Within hours of Corbyn's victory a poster was distributed by CCHQ accusing him of being a 'threat to Britain's national security and to our Economy'. A video has swiftly followed - it comprises solely of clips of Jeremy Corbyn describing his own views on Osama Bin Laden, Trident, Hamas and the British Army. There is a danger that such attacks may backfire - after all, if you start out by saying someone is a potential traitor who hates Britain there's not a lot of room for escalation. But many critics said that CCHQ's overt and constant personal targeting of Ed Miliband would fail and would hurt the Tories - that critique proved less than correct.

As for the Lib Dems, eerie silence where one would expect to find jubilance. As a centrist third party - one that has previously done very well out of Labour leftist lurches - the Lib Dems could be out making the case for moderates and Blairites to flock in their direction. The fact that they're not is explained by two key factors; one, the election of Leftist Tim Farron whose whole Kennedy-esque strategy is to appeal to Labour's left rather than its right; two, the deep and as yet unhealed political scars of the 2015 election which have left the Parliamentary party frightened, diminished and quiet.

Whatever happens next, politics is set to be fascinating sport these coming months. The chances of a real Labour split (as in the eighties) remain small. But so many big-hitters on the back benches - many of them (Tristram Hunt, Chuka Umunna, Emma Reynolds) actively seeking ways to group together into a ‘resistance’ - means trouble for Corbyn. So too do the dizzying array of issues where the new Leader agrees only with a fraction of his Parliamentary party - internationalism, the deterrent, the deficit, a united Ireland - these are not small-fry questions of detail.

All that said, however, Saturday has at last freed Labour from the bittersweet Cain and Abel legacy of Blair and Brown. In the end the Labour movement chose, finally, to leave these squabbling Titans and their disciples behind in voting for Corbyn - a man not defined by or against either of them in particular. Jeremy himself may not be looked back upon as the man who reinvented social democracy for the 21st Century. But he has certainly cleared the way, psychologically, for someone who can. That's if the Labour Party manages to hold itself together for long enough to see heirs to Corbyn emerge.