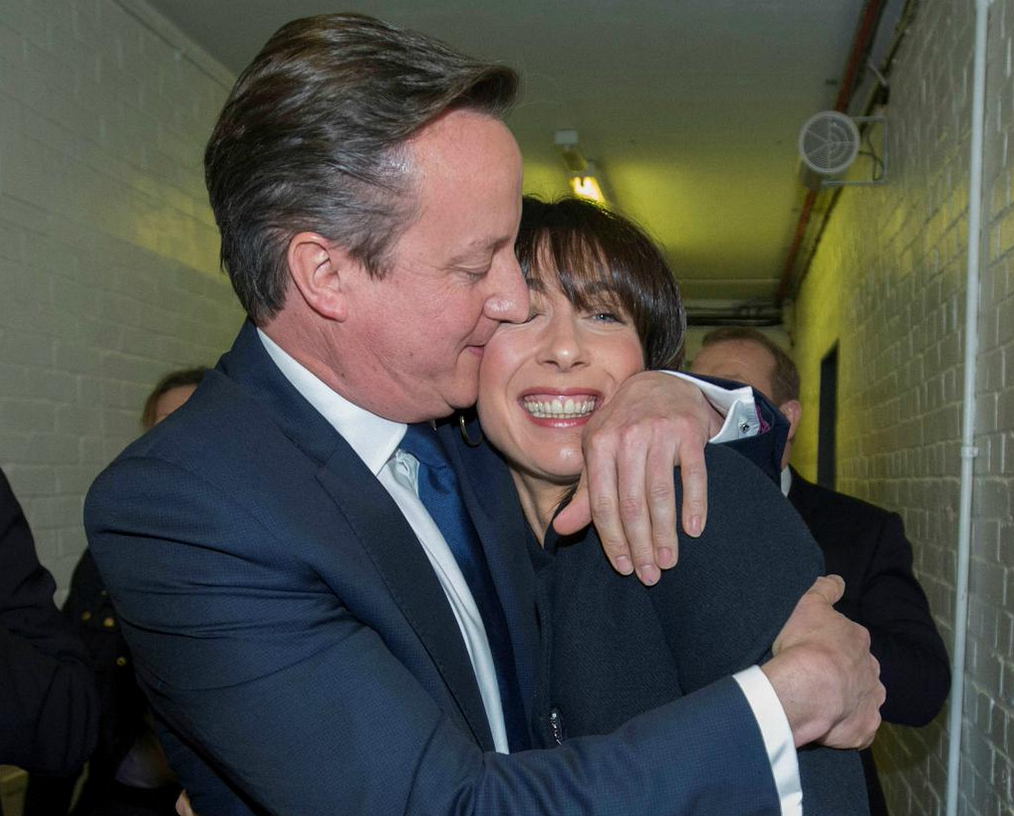 David Cameron will now remain Prime Minister and the current Government will carry on, but without the Lib Dems. This result is decisive if still very tight in historical terms. The only person confirmed in their current Cabinet job is George Osborne, with everyone else waiting nervously by the phone. This victory will taste very sweet for the PM and his allies after the failure to secure a Tory-only Government in 2010.

The polling was bang on. It was also so far from the mark that it led an entire political class to base their assumptions on a myth. How? Because whilst it was true – as every poll had predicted for months and months during this grinding and relentless election campaign – that each party would win about 34% of the vote. That was the national share, but in the marginal seats in which British elections are decided, the share was very different.

Miliband was undone by last minute failures in his defences across the country and across his political flanks. Scotland has abandoned the Labour Party. The sight of Douglas Alexander, Jim Murphy and Maggie Curran all losing their seats will be a devastating memory for Labour supporters. It is utterly unprecedented and frankly even worse than many in Scottish Labour had feared.

But, what’s more, Miliband’s perceived momentum stalled at the last minute in England too. Overall the results in England were not disastrous for Labour. But, seat-by-seat, he fell short of winning over even the most ripe looking Tory marginals. In places like Southampton Itchen, held by Labour until last night, he even lost ground. The defeat of Ed Balls signified the end of the Brownite era. The ongoing and often bitter debate about whether there is any such species as the ‘shy Tory’ is now concluded – there is, and they made their voices heard.

Above all else, the reason we face this most unexpected of results (certainty, of sorts) is down to the Liberal Democrats. Lib Dem strategists would privately concede, in the weeks leading up to today, that twenty-odd seats was their likely haul. That didn’t come to pass. Instead – in defiance of much folk-lore about their supposed resilience in their ‘fortress seats’ – Clegg’s party fell away almost everywhere. They lost to Tories – big names like Vince Cable and Ed Davey humiliated on the night – to Labour – Lynne Featherstone and Simon Hughes are no more - and they lost in Scotland to the SNP. Clegg just held on as an MP. No-one expects him to hang on as Leader.

For David Cameron, the task is now one of selecting the Ministers for what will be a Tory Government without a commanding majority and a boisterous backbench. Expect him to try to fuse his party into Government with a balanced Cabinet. The Right will have olive branches extended to them and the likes of Liam Fox are currently sitting by their phones. There will be Cabinet positions opened up by the absence of the Lib Dems, and Cameron can now freely exercise patronage.

There is no hope for Ed Miliband of clinging on now. The gap is too big and his failure too stark. He will go and we will see a soul-searching battle for the future of the Labour Party. Dan Jarvis, Liz Kendall, Chuka Ummuna and some of the old guard – maybe Yvette, maybe Andy Burnham – will all fancy their chances. And for the Lib Dems? It is now almost inevitable that Cumbrian lefty Tim Farron will end up their Leader.

And, all the while, the Conservative Party will – in their victory – wonder at their luck. Most Tories didn’t believe, deep down, that they would actually ‘win’. Stay in power? Maybe. But actually win? Not a chance. And there will be toasts, up and down the country in Conservative households, to a man that many thought had oversold his abilities. In the end, Lynton Crosby pulled it off. That’s the biggest surprise of the night.