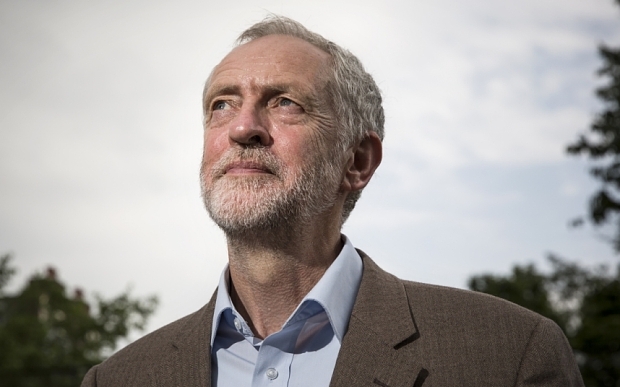 Put Your Left Leg In

As ballot papers land on Labour members' doormats this morning, the Party's elite is struggling to work out a strategy - any strategy - for effectively countering the Corbyn surge. The truth is that even if by some miracle of bad polling (hardly unimaginable considering the events of May) Corbyn loses, he has thrown his party into a serious identity crisis. It isn't going to be cured merely by Burnham or Cooper pipping him to the post at the last moment. Corbyn's success has helped to grow the Labour electorate to a remarkable 600,000 voters - many of whom bring with them the zeal of the convert and revulsion at mainstream, centrist politics. They will demand a place for their candidate and for his views whatever the result.

There are two main strategies for dealing with Corbynism. Yvette Cooper seems to have suddenly found some steel in these last days before voting begins - attacking Corbyn and his politics in a landmark speech last week. Gordon Brown has joined in, seeking to recreate his own successful intervention in the Independence Referendum with an attack on 'the politics of the past'. Whilst he didn't mention Jeremy by name, he lashed out at those who seek mass re-nationalisation and pal around with Hamas and Hugo Chavez. Neither of these attacks appears to have significantly dented support for Corbyn. This may be for two main reasons: one, his voters don't regard Brown with the same reverence of the smaller, traditionalist Labour membership, whom they now outnumber; two, the attacks on Corbyn are still mostly framed as 'he's unelectable' rather than 'he's plain wrong in principle'. Given Cooper and Burnham's historic involvement with the losing teams of both Brown and Miliband, this rings hollow as well as cynical.

As for Burnham, he's attempting a strategy of compromise with the Corbynistas. Whilst he is clear that he does not regard Jeremy's policy programme as 'credible', Burham insists that he believes his opponent is a principled man and that he hopes that Corbyn will serve in his Shadow Team should Burnham win. This is a clear second preferences approach - Burnham hopes that Corbyn will be knocked out before him and a majority of his support will transfer to him. It's a big risk.

The overlooked story of this giant Leadership selection, distracted as we've all been by Corbyn's success, is the phenomenal failure of Liz Kendall's campaign. On the face of it, she had the potential to do extremely well - young, unburdened by Blair vs. Brown baggage and media savvy with a talented team. Yet it now seems inevitable that she will place last by some margin.

The answer in part relates to the entry of thousands of Corbyn supporters into the selectorate. But it's more than that. Many senior Kendall supporters have found themselves unable or unwilling to formulate and deploy new arguments and policies - instead, ironically, falling back on old-fashioned 'New Labour' tropes instead. While concentrating on defending the honour of a previous Leader and a twenty-year old agenda, many Kendallites have failed to make the case for their chosen future Leader. What's more, the new electoral system (which has so aided Corbyn by pulling in an alliance of Greens, socialists and protest voters) was enthusiastically cheered by Blairites when Miliband introduced it - in the short-sighted belief it would dilute Union power. She's been let down by the wing of the party most favourable to her - who have looked intellectually tired and unforgivably disorganised throughout this process.

The aftermath of a Corbyn victory would be turbulent and potentially bloody. It is difficult to see how on earth Labour big-wigs could stage the immediate coup some of them have discussed. If elected, Jeremy Corbyn will have won the popular vote in a selectorate of over half a million people. Twenty-odd Labour MPs knifing him the very next week would look terrible for the party. That being said, many MPs simply will not serve in a Corbyn Shadow Cabinet. The likes of Tristram Hunt, Chuka Umunna and Dan Jarvis might be forgiven for preferring to sit out a Corbyn Leadership on the backbenches. In that case, expect big promotions for those on the Left of the Party - young and old – including John McDonnell - tipped to be Shadow Chancellor, Jon Trickett, Lisa Nandy, Richard Burgon, Clive Lewis and Louise Haigh.

In such a circumstance, the role of the new Deputy Leader will be more crucial than usual. Whoever wins this race will have to choose between enforcing Party unity and backing an anti-Corbyn faction. Either choice has its pitfalls and problems and the ultimate successor to Harriet Harman will have a heavier burden of responsibility than perhaps any of the candidates originally envisaged.

The Labour movement faces an almost unprecedented shock. Comparisons to 1983 are popular but misjudged. Michael Foot was elected Leader as the 'credible' candidate - and to stop the perceived extremism of Tony Benn - much as he later became synonymous for many with the so-called 'loony left'. Whether Labour will split, merely spend years in civil war or decide to brace itself for the 2020 election with some semblance of unity remains to be seen. But whatever the final result, the question of Labour's future and its eventual direction look unlikely to be resolved with any real finality after this election. The Corbynistas who are now members or registered supporters will not remain quiet and loyal if they are 'betrayed' and their man doesn't succeed. Thousands of more centrist supporters - equally - will feel cheated if the battle is swung by 'entryists' of the hard-Left. Labour looks set for a period of fierce intellectual and ideological debate - meanwhile, the Conservative Party continues to use its unexpected majority to steal Blairite clothing and force through major political and economic reforms. They are determined not to waste this opportunity. While Labour plays Leadership hokey-cokey, George Osborne is pulling every lever of state at his disposal in order to ease his path to Number 10 in 2020. He is a politician even more obsessed with victory than many of his peers and colleagues, who likes to counter allegations of ideological impurity by reminding critics that he's there to win because "that's what it's all about". That is not a perspective on politics that is shared in any way by the next likely Leader of Her Majesty's Opposition.