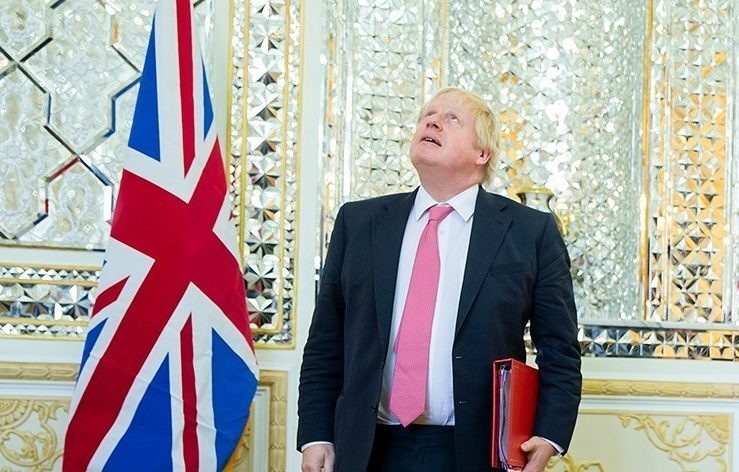 Authority, in politics, is like oxygen in respiration. It is essential and invisible and whilst you can’t physically see the lack of it, you can sure feel it. This Government is experiencing a crisis of authority. It’s ability to enforce its will is ebbing - despite its solid parliamentary majority - and this is a problem because this subsidence is occurring just at the most complex and tricky moment so far of the COVID-19 pandemic. Why is this happening? There is of course, no single reason. It does not help that the Government’s senior adviser has been caught breaking (at the very least) the spirit of the lockdown designed by (in part) his own hand. And it doesn’t help that teaching unions have decided to oppose the Government’s proposed timetable for returning to school. And it doesn’t help that each time the Government misses a target, or changes tack, they claim that either they did meet it really or that it never really mattered.

And it doesn’t help that, in Keir Starmer, the Labour Party now has a leader capable of the complex footwork necessary for the dance of opposition politics. None of that stuff helps the government maintain its authority - together, these factors could sink it. The spectacle of Dominic Cummings explaining from behind a trestle table that he drove to Barnard Castle to check his eyesight was objectively comic. It must have felt rather humiliating for Cummings (not a man renowned for his humility). But it also leaves the Government’s policy in both confusion and jeopardy. As we move from lockdown to a subtler, more nuanced approach to managing the disease it is vital that the public understand and trust what Government is asking them to do. The emerging rules will be very complicated, subject to frequent and urgent change and are unlikely to move in a smooth and linear direction - there may be mini-lockdowns along the way. Buying the public’s engagement, understanding and acquiescence is undoubtedly made harder by Cummings’ one man circus.

This works in both directions. On the one hand, many public health experts worry that the public will follow Cummings’ lead. Which of us hasn’t longed to see friends and family? Which of us has not been tempted to bend the rules in favour of our desires and our needs? The Prime Minister’s senior adviser becomes a role model for such personal, unilateral flexibility - solidarity is all very well but it is harder to keep-up when you know that others are refusing to practice it. But it works the other way, too. Having announced the reopening of schools, it is vital to the Government’s authority that it succeeds in doing so. None of the other ‘back to normal’ interventions will properly work without children being back in school. Parents cannot properly go to work. The economy cannot properly begin to heal. And the Government has staked its strategy on the keystone of school return. ‘The science tells us that it is safe’, they say, ‘these guidelines will keep people safe’. But for thousands of teachers, for their unions and for many, many parents those guidelines feel a lot less solid than once they may have. Because Government Minister after Government Minister has spent the weekend tripping over themselves to gaslight the public about what the guidelines were just three weeks ago - as though people can’t remember. The weekend’s soap opera has fundamentally shifted the politics of lockdown - from ‘this is what we all must do’ to ‘live and let live’.

It is, in short, a mess. A mess that is understandable and forgivable at the personal level but which is pretty appalling at the institutional level that has prompted the resignation of at least one Minister. It is one that begins to reflect and refract the other messes that dog the Government as it seeks a route out of paralysis. The track and trace programme that is palpably behind schedule. The app that might not work. The masks that never arrived. The tests that were counted twice. Mess is the enemy of authority. And authority is the oxygen of governance, particularly in a crisis. This is a Government that is gasping - despite the advantages it has in terms of political calculus. And this sickness at the heart of Government is, honestly, self-inflicted. Whether Boris can recover depends on a reassertion of authority - he may not have as long to do that as he perhaps thinks.