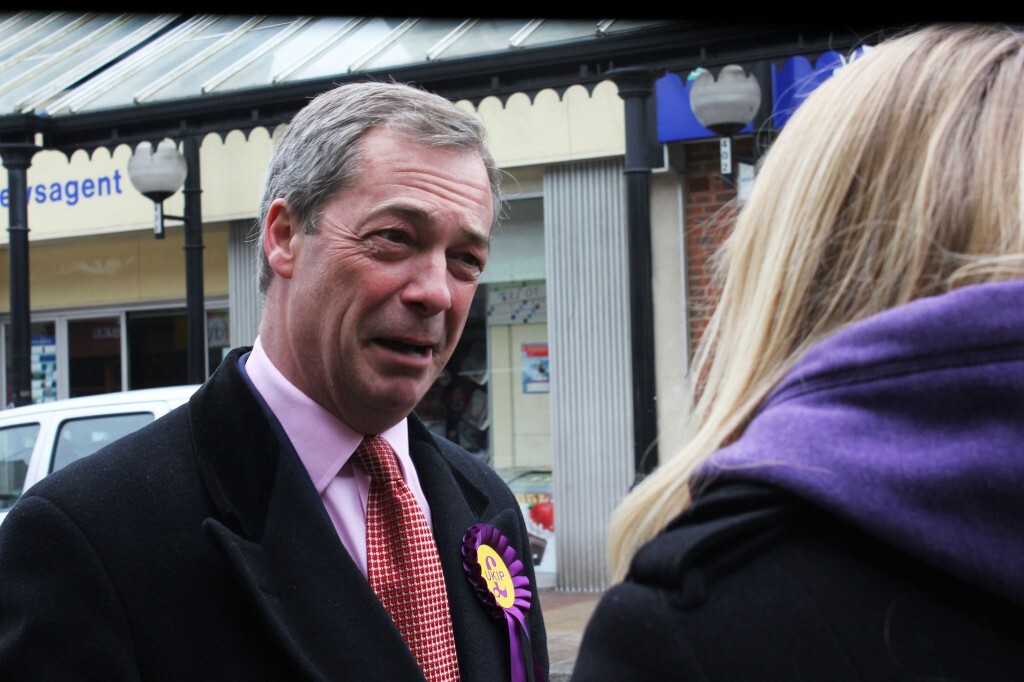 Four in the bed and the little one said…

After three weeks on the road, touring the country’s hotel bars and conference centres, the political establishment is now left to mull over the state of the parties. What is clear is that this is one of the most confusing and confounding pre-election backdrops in living memory.

Labour went first, in Manchester for their post-referendum and (if the polls were to be believed) pre-power shindig. One might have imagined - with a lead in opinion polls, Scotland safely secured within the Union and a likely by-election victory in Heywood and Middleton - that spirits would be high. They weren’t. In fact, this was a conference that felt like a pre-emptive wake. Activists were still recovering from the shell shock of the panicky last weeks before Scotland’s vote – and from the realisation, stark and electorally real, that Ed does not have the same cut-through with the heartland vote as even Gordon Brown (who lost the only election he fought as Leader). Gnawing anxiety about the potential impact of UKIP on Labour support was ever-present, compounded by Fabian research, which suggested that the Left may suffer at Farage’s hands. This despite expert analysis from pollsters that claims, if anything, that UKIP overall may benefit Labour in the General Election. All this contributed to an air of anxiety. And then Ed Miliband stood up to speak. It is a peculiarity of conference season that whereas Tory and Lib Dem Leaders give their big speech just before their activists get on a train and disperse, Labour’s Leader does so on the Tuesday – giving time for a full night of bar-room analysis by activists, members and commentators. Last year this worked to Ed’s advantage, his energy price freeze generated a buzz with those responsible for selling his party on the doorstep. This year it served to further deflate an already morose gathering. His speech failed to inspire and, when it transpired that he had forgotten both the deficit and immigration, it actively depressed.

Suddenly even the Miliband faithful appeared to be abandoning him – with key aides distancing themselves from the content, style and delivery of the speech. A party that should feel fairly robust and optimistic went home feeling flinty and anxious. Briefings about leadership challenges – with Alan Johnson and Andy Burnham being floated as alternatives should Ed be pushed ahead of the General Election – are probably overblown flights of wishful thinking. But make no mistake, Ed’s position has never been as precarious as it is now and he has rarely had fewer friends. The Blairite faction (who have never forgiven him the fratricide of Brother David) may not have much remaining power in the party. But their impressive media network makes it hard for Miliband to get a hearing at the best of times.

The Conservative conference, contrastingly, was almost delusionally optimistic in tone and atmosphere. Despite the fact that they have malingered in the low thirties and below since May 2014, despite the realities of electoral boundaries that hand an advantage to Labour and in spite of the split on the right being personified in Douglas Carswell and Mark Reckless – the Tories were in good shape. Why? Well for a start, whilst Carswell’s defection stung there are many who view the departure of Reckless in the spirit of ‘good riddance’. It is no longer simply the arch-Cameroons who vent frustration with the far-Eurosceptic right of the party – traditionalist Conservative activists are less and less likely to talk of UKIP as prodigal sons and daughters and are more and more combative towards Farage and co. This is driven by a number of factors; first, plenty of the sympathisers have already abandoned ship and signed up to the purples; second, the instinctive tribalism of party politics appears to have finally kicked-in – driven, in part, by genuine outrage at Reckless’ perceived deceit and disrespect towards activists. Tory strategists believe that they might retain Rochester and Strood – whereas they were always sure of losing Clacton – and Grant Shapps is in the process of mobilising the impressive and youthful campaign team that he has spent the last two years steadily building. In Rochester the Tories will put up a fight and, if they succeed, they might just stop the flow of momentum in Farage’s direction.

Cameron’s speech further emboldened Conservative hopes – his traditionalist, confident delivery was reassuring whilst ongoing global crises such as ISIS and ebola present him with the opportunity to entrench his polling advantage as a ‘leader’ and benefit from the advantages of incumbency. That said, and despite the abundant enthusiasm amongst the grassroots, the Conservatives are fighting an uphill battle. Ask any activist confident in Cameron’s 2015 chances of a majority where they believe he will win new seats and the bluster and hedging speaks volumes.

Finally it was off to Glasgow – where the Lib Dems were holding a house party when compared with their rivals’ fiestas. Delegates were few but the mood was defiant; most of those Liberal Democrats who have chosen to stay with their party appear to have come to terms with what has been done these last four years. Still, they know they face oblivion and have designed a strategy of defence rather than offence – a marked transition after years of ‘decapitation’ strategies and miraculous by- election wins. Last night they lost their deposit in a by-election for the tenth time in this Parliament.

They are realistic – with senior aides agreeing that northern seats are all but lost to Labour and arguing therefore for a concentration of limited resources on defending ‘fortress seats’ in the South West from Tory challengers. Their own Campaign Chair privately admits that they are likely to end up with just 38 of their current 56 seats whilst amongst hardened activists predictions in the mid twenties are common. Nick Clegg demonstrated again that he – of the three party leaders – is probably the best performer when it comes to set-piece speeches. Although arriving on stage to ‘Stuck in the middle with you’ was perhaps unwise. His problem, as his party battles it out with the Greens for fourth place, is that almost no-one is listening.

The word on the lips of delegates at all three conferences this year – as we enter the downhill race to the General Election – was UKIP. And what a month they have had. Two defections from Tory MPs, one by-election victory and proof positive – in Heywood and Middleton, where they came within 600 votes of defeating Labour in their Manchester heartland – that they are capable of stealing votes all over the country. It is worth remembering that by-elections often throw-up unusual results – they were once the bread and butter of the Lib Dems after all - but it’s clear that Farage has steered his party from the fringe to electability and Tory strategists now assume half a dozen seats will fall to the Kippers.

But Farage will only be able to capitalise on this success if he can overcome his own worst instincts. Carswell and Reckless will expect a say in the party’s policies, positions and narrative – after all, it was the absence of such influence rather than any specific policy that drove them into Nigel’s arms. Farage has demonstrated repeatedly his inability to deal with heavyweights challenging him from within – see his treatment of UKIP’s Economy Spokesman Patrick O’Flynn MEP whose conference announcements Farage briefed against within hours of them being made. It remains possible that Britain’s new fourth party will implode – and that, certainly, is what fingers at CCHQ are crossed for – but discipline may well hold out at least until after the election.

The odds remain in favour of Labour being the largest party in May next year. But they appear to be remarkably uninspired and the Shadow Cabinet continues to plot for a future Leadership election. The Tories will probably lose but think that they will win – staking almost everything on an inability to believe that the British public will accept the idea of Ed Miliband as their Prime Minister. The Lib Dems know their fate but hold out hope for a hung-Parliament and more of the backroom deals that have destroyed them these past four years. And meanwhile, all three leaders wake up in the middle of the night plagued by nightmares of an omnipotent figure in courdroy, fag and a pint in hand, cackling manically. As the three main parties face these challenges, UKIP continue to taunt ‘roll over’ in their bid to upend the political establishment.