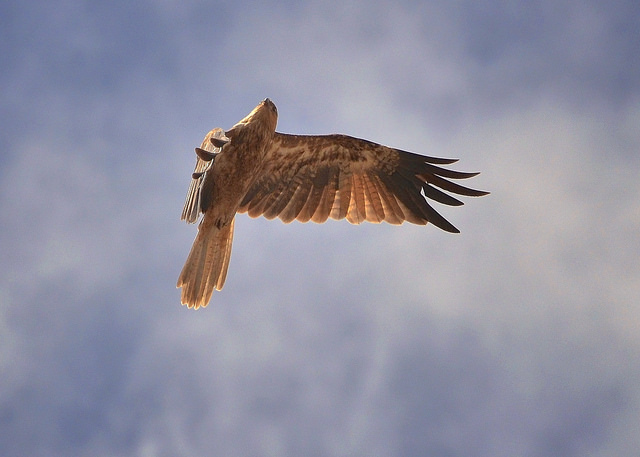 With just over fifty days left till Britain votes, the peripheries of politics are moving menacingly to the centre of the action. The polls stubbornly refuse to budge – predicting a stalemate outcome which not only leaves both parties shy of a majority but means that the Lib Dems alone may well not be able to prop up a Government. And so, the national parties of Scotland, Wales and Northern Ireland are setting out their stalls and their demands in the hope that their time has finally come.

This has led to some interesting manoeuvring. The Conservative Party has a much more limited range of options for partnership – the SNP and Plaid Cymru have already effectively ruled out ‘propping up’ a Tory Government. The last thing that Nicola Sturgeon and Leanne Wood (the Welsh Nationalist Leader) want is to be blamed by their core-voters for imposing David Cameron on the country. A hugely resonant strategy for the SNP has been to claim, in the wake of close co-operation during the referendum campaign, that Scottish Labour has somehow sold-out to the Tories; Salmond and Sturgeon won’t make the same mistake. Meanwhile, Wood’s separatists are jealously eyeing the success of their Scottish cousins and plan to recycle many of their messages and positioning in the upcoming election. That leaves Cameron with the prospect of trying to buy the confidence and supply of the Democratic Unionist Party. And, helpfully, the DUP has already laid out the price of their support.

Deputy Leader Nigel Dodds, writing for the Guardian, has said that the DUP will require three things from any post-May Government if they are to be counted on not to vote them down. They want the abolition of the bedroom tax (which the Northern Irish Government has blocked in Ulster, at huge cost to their devolved revenues), new defence spending (in particular Naval investments that will benefit shipyards in Northern Ireland) and restrictions on EU free movement (which undercuts the particularly low-skilled Northern Irish work-force). All of these are areas where it would be possible for either major party to do a deal, although any deal with Labour would hinge on a commitment to an EU referendum which Miliband has been reluctant to offer. Meanwhile, Cameron’s close Parliamentarian friends and aides (from Michael Gove to John Hayes) have been busily courting DUP MPs in the hope of building some common ground ahead of potential negotiations.

UKIP, of course, remain a great unknown. They may return anything between two and eight MPs – anything more will be a genuine triumph and a sign of a disintegration even more dramatic than is currently foreseen. UKIP’s priorities in terms of negotiating with would-be Prime Ministers are pretty straightforward - a referendum on the EU, action on immigration and reductions in foreign aid are all likely to lead their agenda. But even if UKIP succeed in putting on a decent show come election day, Cameron may find it difficult to incorporate them into Government fully. Several senior Conservative backbenchers have let the Prime Minister know that they would not work with Farage – Charles Walker MP has publicly said he would resign the Tory whip – and alone, UKIP will have nowhere near the strength of the SNP or even the Lib Dems. It’s difficult to imagine Tim Farron and Vince Cable agreeing to enter a Government premised for legitimacy on the support of Mark Reckless and so it may not be worth the Tories’ trouble.

Meanwhile, our two British nationalist movements are instinctively left-wing. Plaid Cymru has already tacitly agreed to align itself with any Green Party MPs – forming a loose, ‘progressive’ alliance to increase their collective power in Parliament. Given that Caroline Lucas and Natalie Bennett have stated that their first aim after May will be to ‘prevent the Conservative Party from remaining in power’, and that Plaid has already ruled in coalition with Labour in Wales, it seems clear that Ed Miliband should be able to rely on their support to form a Government. The SNP’s position, however, is less clear-cut. The Greens and Plaid have made overtures to the Scottish Nationalists, seeking their support for a shared strategy. They may make some progress but – with their eyes on a bigger prize - it seems unlikely that Salmond and his cohort of new MPs (they are projected in some polls to win fifty of the fifty nine available Scottish seats) will subject themselves to anything approaching a ‘rainbow whip’. Instead, they look set to extract a series of constitutional prizes – and look to be returned to the mother country – in exchange for propping up any administration. Alex Salmond has not given up on leading Scotland out of the Union in his lifetime – and he sees the referendum result as a tactical defeat but strategic opportunity. There will be mischief and overt mercenary behaviour on the part of SNP members as they pursue the twin goals of getting a better deal for Scots and alienating the English taxpayer.

It is with dread of what is likely to come that cross-party grandees have begged Ed Miliband to rule out any formal arrangement with the SNP. Jim Murphy, Labour’s Leader in Scotland, has quietly lobbied the national Leader to make it clear that no Labour-SNP coalition will ever be possible but has found his pleas rebuffed. Meanwhile, big-hitters such as Alan Johnson have broken ranks and publicly called on Miliband to put the Union before his own ambitions for power. This act of leadership by the most senior English Labour politician is a direct public challenge to the team advising Ed who are desperate to keep their options open. It reflects the dark mood in the Parliamentary Labour Party about how bad the situation is in Scotland.

It is no exaggeration to say that this election poses an existential threat to the British establishment. Parties that have long been safely ignored at the fringes of our politics look set to wield real power. They may merely use this as an opportunity to extract investment, resources and doses of devolution – as seems to be the DUP’s strategy. But there are bigger, knottier questions too. Can Salmond achieve, at least, effective Home Rule for Scotland? Can the DUP force Cameron into an even harder line in EU renegotiation? Can our system of First Past the Post survive so many powerful representatives of small parties – many of whom have a vested electoral interest in switching to Proportional Representation - so that the pending uncertainty and horse-trading becomes permanent? What is clear is that those who mourned the absence of strong, single-party majoritarian Government in 2010 look set for even more disappointment in the forthcoming ‘Pluralist Parliament’.

W. B. Yeats, the Irish Nationalist poet whose dreams of independence from the Union were realised, wrote in his poem The Second Coming:

‘Turning and turning in the widening gyre

The falcon cannot hear the falconer;

Mere anarchy is loosed upon the world,…’